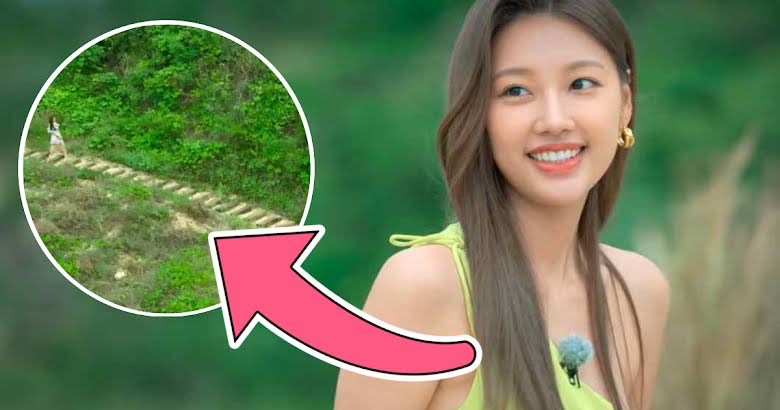 Perhaps one of the most memorable moments in both season one and two of Netflix‘s hot dating show Single’s Inferno is when the contestants first walk down the iconic stairs, meeting each other for the first time.

Now that the second season has ended with some unexpected results, most of the contestants reunited on the YouTube channel The Swoon to talk about their honest experiences filming the show.

While watching the first episode, for the first time since they’d filmed the dating show, the contestants were in awe of how they appeared on camera, their grand entrances complete with dramatic background music.

Of course, each contestant looked amazing, walking down the long flight of stairs and making their way to meet the other contestants.

But while they may have all made their grand entrances, the contestants explained that the reality wasn’t so exciting.

While walking down the stairs, most of the contestants were actually focused on making sure they walked down safely.

Jung Woo: I get nervous easily. I noticed that the stairs were very narrow.

Seul Ki: “I should watch out not to fall.” It was very steep.

While walking down the stairs is the first glimpse the contestants below have of the new person, the person walking has to keep their focus “instead of looking at people.”

Min Su: I focused on walking instead of looking at people.

Lee So E even admitted that she was “walking carefully” and didn’t think about how her walk (which everyone found cute) might look on camera.

Even when it came to sitting amidst the other contestants, Joo Yoong Jae admitted that he didn’t have a plan when he sat between Park Se Jeong and So E; he simply acted out of nervousness.

Jong Woo: Why did you sit there?

You can read more about the reality of Single’s Inferno here.

What Does It Take To Survive Inferno? “Single’s Inferno 2” Cast Spill On Their Essential Items