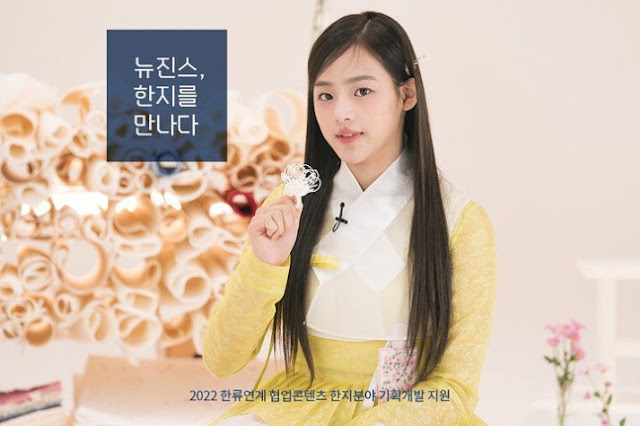 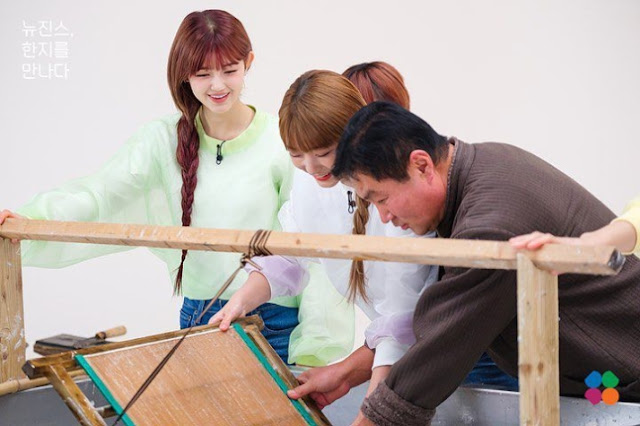 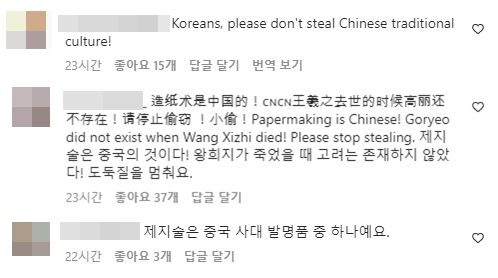 Article: New Jeans has become a target of attack by Chinese netizens because of Hanji/traditional Korean paper promotion video

4. [+47, -1] The truly advanced countries who are the origins of civilization and culture do not care about emphasizing themselves as the owner or origin of such things. The only countries who are ultra sensitive are those who are simmering in the resentment of the progress of others. Greece and Rome do not boast about being the origins of European civilization and culture. Cultures all over the world have continued to advance through the inspiration and creativity of origins such as this. Westerners do not pick fights with you Chinese for using their technology of cars and computers. Why don’t you learn from them? Or does every single thing on this earth belong to you and you only?

5. [+30, -0] Ignore these netizens, do not treat them as humans. They hate on Korea so much and yet continue to fly into our country to sweep up our supplies of masks and medicine. Fine, you can claim paper technology as yours, just don’t come back to our country and cause a mess of things again.

6. [+27, -1] According to Chinese logic, no Asian country is allowed to promote cars, pizza, desserts, bakeries ㅋㅋㅋㅋㅋ New Jeans’ video never said “Korea invented paper!! Korea is the first country to make paper!” tsk tsk tsk. A quick question to the Chinese: have you ever promoted Western products in your culture and seen Westerners get up in arms about how they’re the origin of said product? No, right? I hope that the Chinese realize that the more they act like this, the more it makes their position precarious.

7. [+23, -1] It’s true that the art of papermaking originated in China but Hanji was created through the skill of their papermaking and developed into something that is our own, just like how Japan has their own traditional paper of washi… There is a difference in the way Hanji is made compared to Chinese papermaking and introducing it as a piece of Korean culture is correct.

8. [+20, -1] New Jeans never claimed that Koreans invented paper, they simply introduced a special Korean technique of making paper that is specific to our culture. Do the Chinese not understand the video? And if we’re going to get technical about the origin of papermaking, wouldn’t the credits go to Egypt?

9. [+10, -1] Yes, paper was originally developed by China’s Cai Lun but Hanji was further developed by Koreans using a technique specific to our country. It’s also rated as better than Japan’s paper, washi. Hanji is on another level and is completely native to our culture.

10. [+7, -0] Quite a lot of illiterate Chinese netizens… Did New Jeans ever say “Paper was first invented by Korea” or “Hanji is the first ever form of paper”?? Are the Chinese not able to read? Stop with this nonsense and go worry about the virus and fine dust…

11. [+7, -0] Paper was first made in Egypt so what are the Chinese even saying, claiming it as theirs? ㅋ Ridiculous

12. [+5, -0] I don’t really know what more there is to say to a group of people who are claiming even Son Heung Min as theirs, just ignore and move on

Tanpopo in Japanese – Experiences in Korea and Japan